Please note: some of the investments described are in small companies, which are riskier than larger ones. The trade-off is that if you are a high net worth individual or sophisticated investor you could enjoy very significant benefits. Our free guides are not advice or personal recommendation. They simply explain the main facts, so you can decide for yourself.

How to beat the Inheritance Tax trap 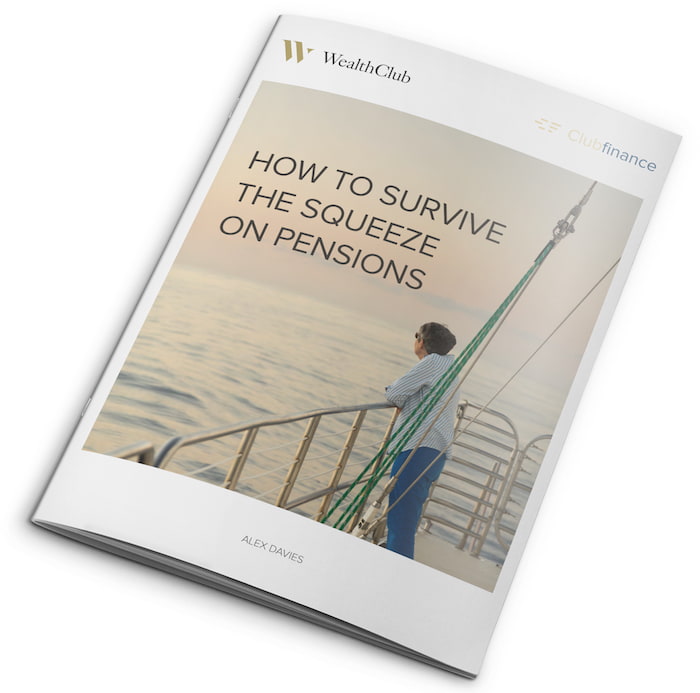 How to survive the squeeze on pensions

Factsheet:
VCTs at a glance

Factsheet:
EIS at a glance

Factsheet:
SEIS at a glance 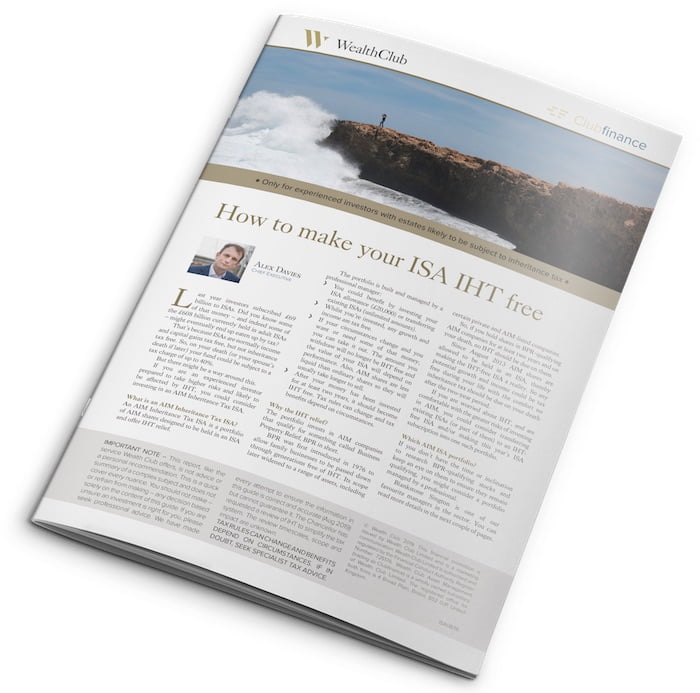 How to make your ISA IHT-free 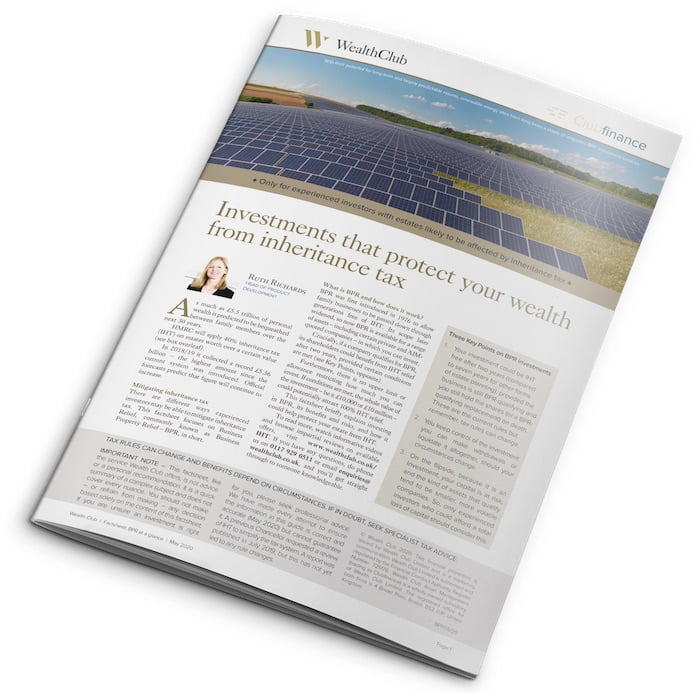 We do all the work so you can confidently decide for yourself where to invest. We review performance data, analyse fund managers’ and groups’ track records and experience. We make a point of meeting or speaking with the fund managers to add depth to our research.

Who is behind Wealth Club?

Wealth Club is a relatively young business, but its founding members have years of investment experience. Four of us have held senior positions at one of the UK’s largest, most successful stockbrokers.

Alex Davies, founder and Chief Executive, was a board director at Hargreaves Lansdown. He led the team that built the UK’s largest direct-to-consumer SIPP with more than 150,000 clients and over £12 billion under management. He is a keen investor with a portfolio of shares, funds, student property, EIS, SEIS and VCTs.

Despite having launched as recently as February 2016, the media has quickly recognised us and regularly comes to us for comments on tax-efficient investments. Wealth Club has been quoted in the FT, Times, Telegraph, City AM, MoneyWeek, This Is Money and Investors’ Chronicle, to name but a few. More than 6,000 investors have already invested over £500 million through our service.

As one client put it: “Seeing a site with an intelligent commentary on the various offerings is a breath of fresh air”.

Wealth Club’s service is directed exclusively at, and intended to be used only by, persons in the UK who will be required to self-certify as Sophisticated Investors or High Net Worth Individuals before applying to invest in any of the products featured. It is not directed at any person where (by reason of nationality, residence, domicile or otherwise) the usage of the website is prohibited.

The investment products on this website are not for everyone. They are generally higher risk and require a longer investment term. You may get back less than you invest. It is therefore important that you understand the Risks and Commitments of these products.

We’ve made every effort to ensure the accuracy of the material on our website, but cannot guarantee its accuracy or currency. It reflects our understanding of current product and tax rules, which may change in future. It is for general information only and should not be regarded as constituting an offer or a solicitation to buy or sell any securities, or as investment or tax advice. If you are in any doubt as to the suitability of the products for your circumstances, please seek specialist financial or tax advice.